breaking bread is a universal ritual that brings us together. a good meal has the power to heal us, body and soul. all my cooking comes from the heart.

time for a drink 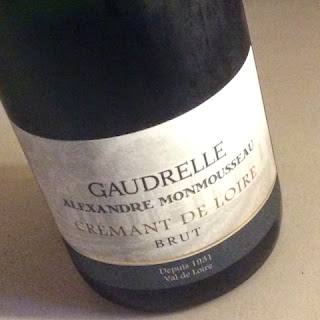 For some reason I don't drink as much beer aboard in the wintertime. I still drink beer when I'm out because it's just more calorie- and cost-conscious. Whatever the reason, I've been on a run of trying new wines and enjoying the Wine for Normal People podcast to learn more about wine, winemaking, and pairing. I'm on a pretty tight budget so I can't have $20 "daily drinkers," but I have come to agree with WFNP's host Elizabeth that the sub-$10 bottles are blech. Well, I do have a couple of favs (like the Santola vinho verde from Portugal) that come in at $9.99. But those $6 and $8 bottles, they really taste like bad grape juice and have painful, sugary hangover written all over them if you actually manage to stomach the stuff.

So, here are some of the bottles I've been trying. One big hit, (pictured above), though not in the daily budget, was a $20 cremant from the Loire. Made using the same method as Champagne, a cremant of the same quality may cost half as much as a Champagne. For Christmas I tried the Gaudrelle and really enjoyed it. It had a yeastiness that made it interesting. There were only two cremant at my local liquor store and this one was highly rated, so it was an easy pick. 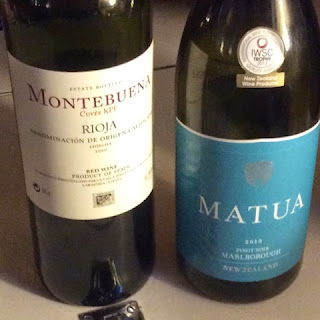 The Montebuena Rioja is one of my favorite go-to wines. Smooth, goes well with food or without. A reliable friend and usually $11 or $12. But I wanted to branch out from my usual Spain/Portugal/Argentina rut. I had had the Matua pinot noir when I was in New Zealand and happened to see it on sale at my local liquor store. It was just $13 and is fine for a whirl, but for a serious meal I think I'd have to spring a bit more to get a good pinot. Unfortunately the grape is the most difficult to grow, and, thus, the good wine from it is pricey. I've always been a big believer in Oregon pinot noir but WFNP suggests that they are pricier than other pinots for a bottle of equivalent quality. If only I had a budget for good Burgundy. 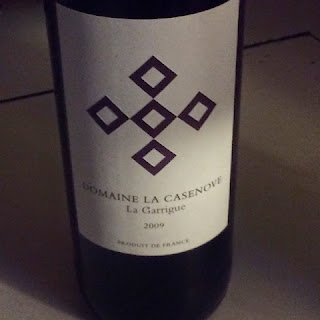 After listening to the WFNP podcasts on the Rhone, I felt I needed to try some southern Rhone wine. I'd love a Chateauneuf-du-Pape, but since they start at $50, that wasn't happening. I agonized in the aisle for a while when the wine guy at the liquor store came over to offer some help. I explained what I was looking for and my sub-$20 budget. He recommended the Domaine La Casenove La Garrigue ($16). I had thought it might be for Christmas but I held onto it a bit longer. I really wanted to give it thought and savor it. When I opened the bottle and poured a glass the rich berry color was gorgeous and the aroma was delish. Then I took a sip and, gasp, it was awful! I expected there would be minerality and earthiness to it, but I felt like I got a mouth full of stale dirt. I decided maybe it needed to be in a different glass and switched it. I also let it sit for several minutes to get some air. Letting it "breathe" definitely helped. But the rest of the bottle was actually wonderful the next night. If I buy it again or have another similar experience I think I will decant it and just give it a little time to relax. 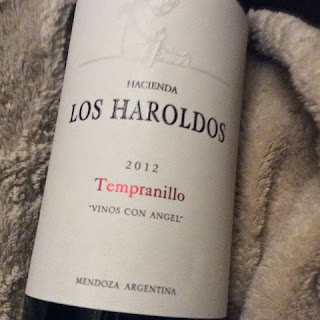 A friend gave me the Los Haraldos tempranillo for Christmas. I love tempranillo and it just goes well with so much of my cooking. I enjoyed this one and would drink it again. I was drinking South American and Iberian wines before I started listening to WFNP, but I really embrace her advice that you can often get good value (i.e., higher quality for the price) when you buy wine from places where people speak Spanish (or Portuguese).

Unfortunately I haven't managed to sit and keep tasting notes. I default to a very simple rating system, which I've been using as I try to get through the 100 beers in the World Beer Club at Ram's Head Tavern: yum, meh, and ick. So very sophisticated. 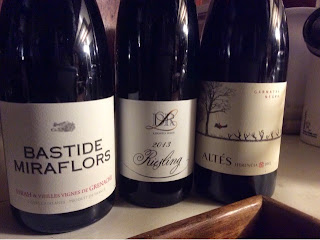 Next I decided no two bottles from the same country. The Bastide Miraflors is a syrah and grenache blend from the southern Rhone, The Dr. L (for Dr. Loosen) riesling is from Germany's Mosel region, and the Altés is 100% grenache from Spain. The later is a great value at around $11 and got a 91 rating from Robert Parker (I do keep going back for the Altés). I usually love riesling but the Dr. L was way too sweet for my taste. (I like the Chateau Ste. Michelle riesling from Washington, the core one of which is about $10. Even better is the Eroica, which is a collaboration between Dr. Loosen and Chateau Ste. Michelle, but also costs twice as much.) The Bastide Miraflors was tasty enough that I bought it again and I think it went well with mushrooms and risotto. 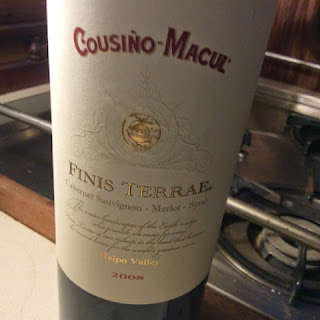 Finally, the Cousiño-Macul Finis Terrae cabernet sauvingon, merlot, and syrah blend was very nice. It was a gift back when I renamed the boat and had been tucked away for a special occasion. But the special occasion was that I wanted to try it and not let it sit any longer. It was noted as unfiltered but I poured slowly and carefully and didn't end up with any sediment in my glass.

I have tended to avoid cabernet sauvignon, thinking it will be too "heavy." Therefore, I haven't been drinking Chilean wines lately. Chile does cabernet. Argentina does malbec and tempranillo, which is where I've been leaning in the last few years. But perhaps it's time to try some more cabernet. If I had friends interested enough in wine I would do a tasting with a bottle of Washington cab, one from Chile, and then a Bordeaux. The first step in my wine re-education has been learning about the grapes at a high level and how different winemaking techniques (e.g., American oak versus French oak) affect the wine generally. Now I need to learn more about the different styles by region/country so I can improve my pairing, and my value shopping. 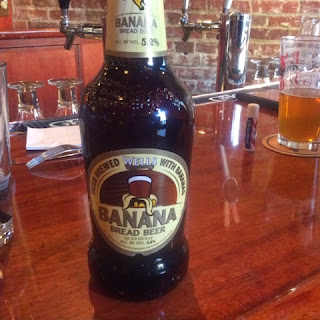 Okay, one beer! Here's the Wells Banana Bread from the World Beer Club, it was amazing! I couldn't drink a six-pack at once, but one or two on a winter afternoon, sure.

Lest you think I drink several bottles of wine a night, the bottles pictured above span at least a six-week timeframe. It's not that I couldn't (or haven't) knocked off a bottle on my own in one night, but I'm a gal on budget, financially and calorically, so it's two, maybe three, little 5 ounce glasses at most.

Email ThisBlogThis!Share to TwitterShare to FacebookShare to Pinterest
Labels: wine 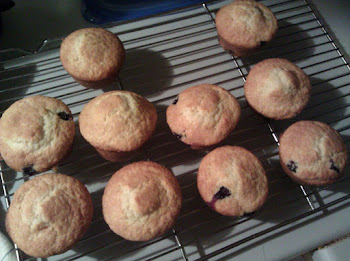 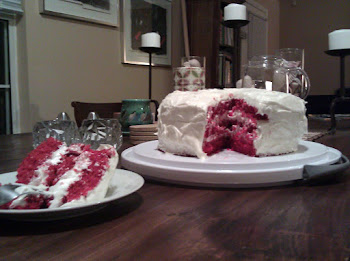 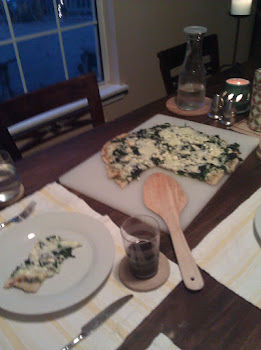